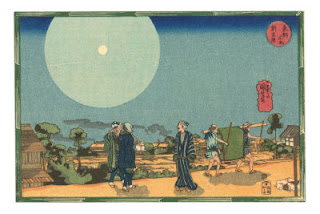 I have four haiku up at elimae for the April issue. They are titled Mystic Haiku, Mortality Haiku, Capitalist Haiku, and Foreboding Haiku.
Posted by Lincoln Michel at 10:50 PM 2 comments: Links to this post

I'm very excited to say that The Rumpus is running John Dermot Woods and my comic strip about animals undergoing existential midlife crises (appropriately titled Animals in Midlife Crises). The first strip can be viewed here. Others to follow every Sunday.
Posted by Lincoln Michel at 11:45 AM No comments: Links to this post

Full details over at Vol. 1 Brooklyn.

Come out, if you'd like.
Posted by Lincoln Michel at 12:48 PM No comments: Links to this post

Three readings and other upcoming things

THREE READINGS
March 11th: In anticipation of Blake Butler's new novel, This Is No Year, Harper Perennial is staging four consecutive readings where a variety of writers will read the entirely of Blake's novel. I will be reading on the fourth day, this Friday, at PowerHouse Arena. Other readers that night include good friends Adam Wilson, Catherine Lacey, and Blake Butler, amongst others. Giancarlo Ditrapano, James Yeh, Justin Taylor, and many others will be reading on other nights. You know you want to come.
March 16th: I'll be briefly reading my own work at the Monkeybicycle Lightning Round reading at the Cake Shop, 7pm.

March 23: I'll be reading a longer amount of my own work at Vol. 1 Brooklyn's monthly reading series at Brooklyn Winery alongside Marcy Dermansky and Norman Lock. The reading is co-organized by Big Other. Dermansky and Lock are both fantastic writers, so should be a good time! Here is the Facebook event with more details.
FOUR PUBLICATIONS
An essay in Tin House's summer issue on Herbert Read's The Green Child.
A short story in Indiana Review's spring issue about a dictator and his head bodyguard.
Two poems in PANK print issue #6, one about urination and campfires, the other about an evil grandfather.
A shorty story (from the last Unsaid) anthologized in Tell: An Anthology of Expository Narrative. This anthology is being put together by the very talented and awesome Molly Gaudry. In addition to writing and editing awesome stuff, Molly just launched an indie books publicity business that is getting tons of deserved buzz around the indie lit world. Check it out.
The anthology's contributor list is beyond amazing and I'm very excited to be included:

SOME OTHER STUFF
Gigantic Indoors (Gigantic issue #3) is heading to press pretty shortly and we are very excited about it. The issue will include fantastic contributions from Dave Berman, Diane Williams, Joshua Cohen, and many others. More info to come!
I have been working on a rad series of comic strips with the very talented John Dermot Woods that we will hopefully reveal pretty soon.
As always, I write a regular column on fiction at The Faster Times and pretend to post witty thoughts on Twitter.
Posted by Lincoln Michel at 6:57 PM No comments: Links to this post