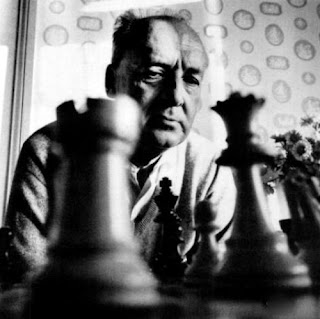 It is strange, the morbid inclination we have to derive satisfaction from the fact (generally false and always irrelevant) that a work of art is traceable to a “true story”. Is it because we begin to respect ourselves more when we learn that the writer, just like ourselves, was not clever enough to make up a story himself? Or is something added to the poor strength or our imagination when we know that a tangible fact is at the base of the “fiction” we mysteriously despise? Or taken all in all, have we here that adoration of the truth which makes little children ask the story-teller “Did it really happen?”


- Vladimir Nabokov
Posted by Lincoln Michel at 12:07 AM No comments: Links to this post

What We Can Surmise about the John Adams Incarnation 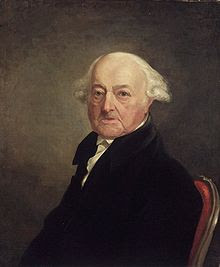 I'm excited to say that I have a new story about John Adams up at Melville House. The story is part of a series of forty-four stories about our forty-four presidents that will include a ton of great writers such as Matt Bell, Micheal Kimball, Amelia Gray, and many more.

My story is kind of a quasi-science-fiction-slash-Lovecratian-horror-via-Borges thing. Or not. You decide.

Although much remains unclear about John Adams (alternatively referred to in remaining analog documents as Jon Adam, John Adems, and The Adams Abomination), recent drone expeditions into the Charred Continent have unearthed new artifact fragments that led us closer to understanding this mysterious entity. Long assumed to be a prince or demon of a lesser cult, we now know that John Adams was an important figure in the dominant United Statsian mythology.

Posted by Lincoln Michel at 1:58 PM No comments: Links to this post 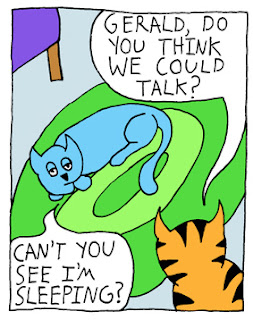 1) I have a new comic strip in the September issue of Everyday Genius (edited by the great Michael Kimball). Sample panel above. More comics at hoarsehorse.com.

2) I reviewed one of my favorite recent comics, Forming by Jesse Moynihan, at The Rumpus. You should really check it out, especially if this description sounds good to you: science-fiction-soap-opera-comedy-cum-action adventure-mythological-origin-story.
Posted by Lincoln Michel at 10:54 PM No comments: Links to this post