I've clearly let this blog die. I haven't updated since May, and a ton has been going on. Here's a quick recap: 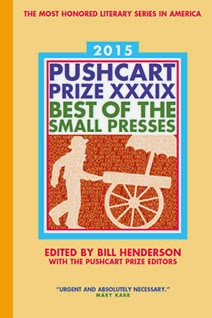 - My story "If It Were Anyone Else" from NOON was included in the 2015 Pushcart Prize Anthology! I just got my contributor's copy in the mail. I'm extremely honored to be included alongside so many authors that I love, including writers who influenced me when I was first starting out. The anthology comes out this month. 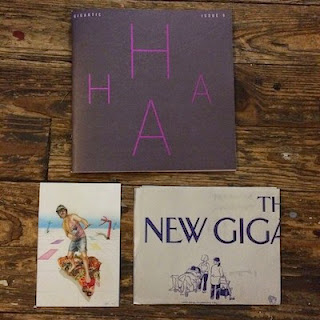 - The new issue of Gigantic came out last month! Gigantic Ha-Ha includes work from Amelia Gray, Franz Kafka, James Hannaham, and a "The New Gigantic-er" insert with cartoons that are too dirty for a certain prominent magazine to publish.

- Since mid-May, I've been the Online Editor of Electric Literature and have published a ton of pieces by myself and others. Here were the most popular of mine:


- In other venues, I had two short stories appear in Midnight Breakfast in August.

- For Halloween, I wrote an essay on Horror fiction for The Masters Review called "Vocabulary of Fear" 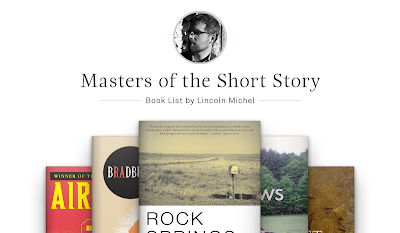 - If you are an Oyster user, I made some some lists you can use to find cool books there

- And in June, I interviewed four debut novelists (Scott Cheshire, Julia Fierro, D. Foy, and Alena Graedon) on how to get published 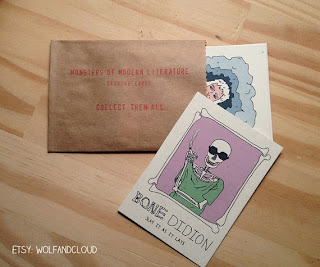 - Lastly, I drew some new Monsters of Modern Literature trading cards and had them printed up for Halloween (hey, they make good X-Mas gifts too!)
Posted by Lincoln Michel at 3:07 PM

Winner of the Frank O'Connor Prize, Rooney Prize and the Guardian First book prize.A brilliant short story début. There's a link on my Blog to 'Diamonds' one of the stories.